Of all the pages I’ve written for this site this is the hardest. Even now I find it difficult to talk about losing my confidence with horse riding. I’m self conscious and ashamed – all of which are ridiculous. If it’s happening to you, here’s how I beat the fear and regained my confidence. 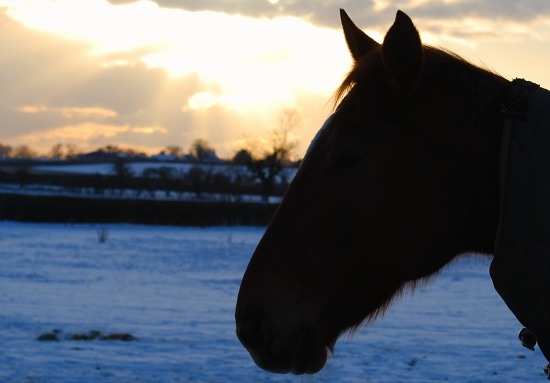 I learned to ride as an adult and as I got better, my confidence soared. I would ride anything and everything and was known for being prepared to sit on the ones that others didn’t like, the fiestier the better, the quirkier the more interesting. I eventually saved enough money to buy a beautiful mare, newly backed and about 16.2. I adored her more than anything.

To cut a long story short we had a great time, hacked, I taught her to canter and to jump – all was brilliant. One day out of the blue, whilst I was schooling her something spooked her and she bolted straight across a massive show jumping arena, veering round numerous jumps, heading straight to the perimeter fence – for one awful moment I was bothered she was going to clear the 5 and a half foot fence straight onto concrete, but when we came to it she just stopped. I flew straight over her head, landing on my head on the concrete. It was a busy livery and competition yard and everyone came running out screaming at me to stay still. I was VERY lucky – apart from some nasty bruises and a bit of concussion I was ok – my confidence however was shattered.

I’d still get back on but I’d sit there shaking and as for cantering – I just had a complete mental block.

Then the vultures started circling – those people on yards who you hoped were your friends but seem to take great pleasure in kicking you when you’re down and making you feel more and more inadequate. At the same time my youngster was continuing to grow and develop, I was no longer keeping up with her or helping her schooling – she was an amazing horse. After months of trying to rebuild myself I took the heartbreaking decision to sell her. This is the first key in regaining your confidence – you need to be sure you have the right horse to do it with.

Sadly, although I’d recognised the horse wasn’t right to regain my confidence, I made the wrong choice with the next one! I bought him too soon after selling her to help with the grief. He was a bit of a neglect case that I felt sorry for and when I got him fit and healthy was a proper physco – 3 separate instructors told me to get rid or he was going to kill someone. Confidence still no better.

Still looking for the right horse, I was trying one out and having such an amazing time that I was jumping again. Everything seemed to be going well, we raised the jump height a little and I chose not to change the horses paces, I wanted to test what she’d do unguided – we misjudged it and stupidly I put my arm out when falling. I snapped my elbow in two. The first and only time I’ve fallen off jumping. Confidence now at an all time low – I’d been cantering and broken my arm!

After the arm had healed, I was nearly beaten, but I decided to give it one last go and bought a Connemara which had been recommended to me. I tried him twice with my instructor and although he was young and green and bent like a banana he somehow made me feel safe. Years later we’re still together and I would never ever sell him.

Now I had to rebuild my confidence. For an entire year I wouldn’t canter him, but slowly my confidence in him grew and one day I just went for it. He was a little shocked, but did it and it felt amazing. Once I’d broken that hurdle, I just had to build on it. Every time we exercised I did a little more and we’ve never looked back. He can be a pig at times, will buck for England and is scared of silly things like buckets, but I truly believe we were destined to be together. We go out and compete in dressage and showing, hack, have loads of fun – which is what horse riding should be. He isn’t a world beater, but I love him to death.

The original mare has gone to a home where she hunts, events and wins shed loads of competitions – she beat me the other year. I still miss her but she’s in the right home with the right person for the boundless talent she has. My confidence was shattered when her abilities, strength and size was soaring. She stands at over 17 hands now – I’m still barely 5ft tall. It was probably never going to work.

Many would have thrown the towel in but I love horses and I’m glad I kept going. Since all this happened it seems I’m not on my own. The really brave people have told me of similar experiences they’ve had where they’ve felt knocked to pieces and totally incapable of doing something that used to come so naturally. If you’re going through something like this I hope you’ve found my story helpful. You are not on your own and if you want to keep going you will get there.

My top tips would be: Find the right horse, don’t give up, take your time and once you’ve started to feel the confidence coming back, make sure you build on it each time you ride. Your sessions won’t always go well, but make sure you end on a positive.

By continuing to use the site, you agree to the use of cookies. more information